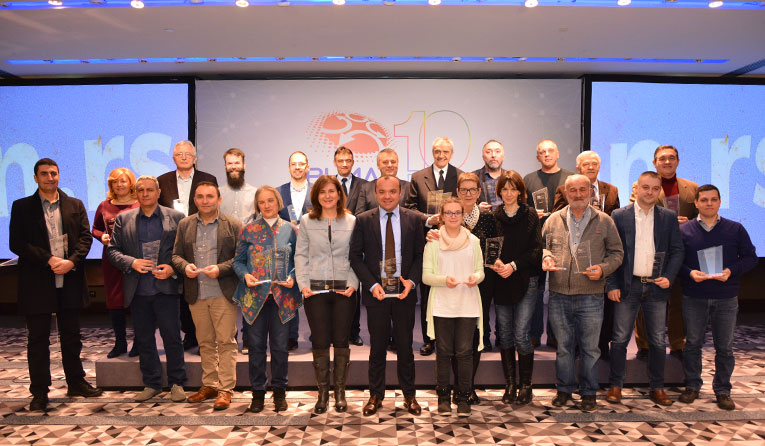 On 17th December at the Metropol Palace Hotel in Belgrade, deserving Serbian netizens were presented with special anniversary awards to mark 10 years since the founding of the Serbian National Internet Domain Registry Foundation  (RNIDS). The RNIDS Founding Agreement was signed by 17 companies and organisations, so 18th December is considered as RNIDS’ official birthday.

Two commemorative plaques were presented, in addition to four large plaques for four groups of deserving recipients and 29 individual plaques for people, organisations and companies who left their mark on the prehistory, establishment and development of RNIDS. The awards were presented by Zoran Buhavac, Chair of the RNIDS Conference of Co-founders. 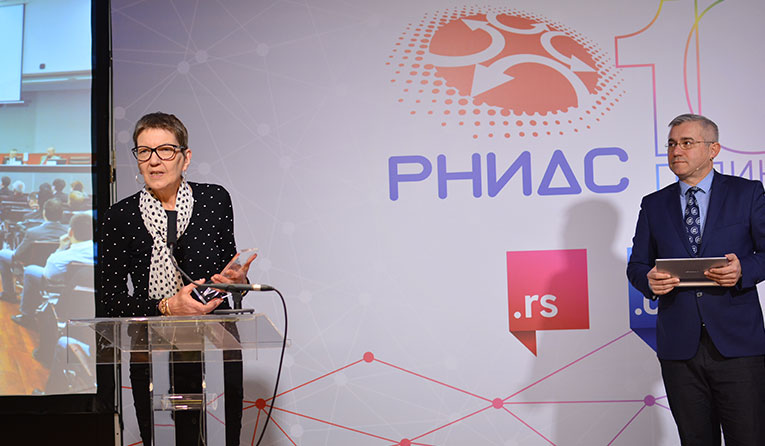 Commemorative anniversary plaques were dedicated to two colleagues who took part in the creation of RNIDS and who are no longer with us. Dragan Večerina was one of the first administrateors of the YU Internet, at the Belgrade University Faculty of Electrical Engineering. Zoran Vignjević, a pioneer of the Internet in Serbia, did most of the work in the .YU domains registration process and worked in RNIDS until his retirement in 2012 as coordinator for national domain name registrations. The awards were received by members of their families. 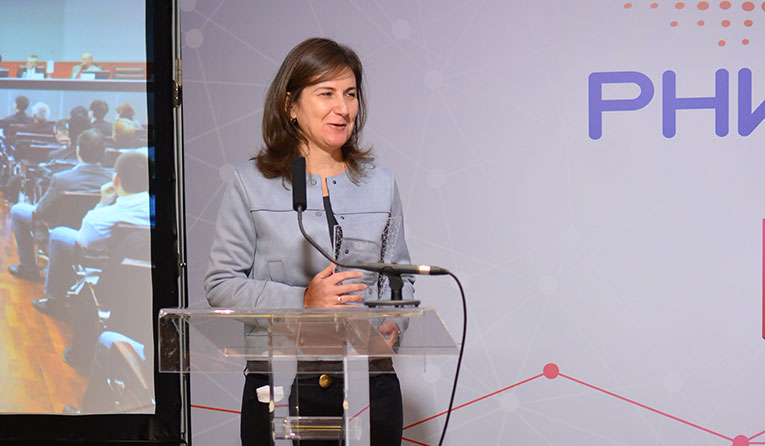 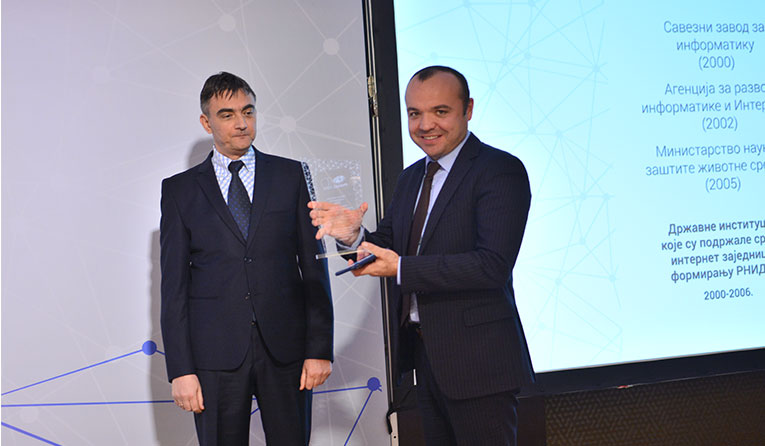 A number of state institutions of the Republic of Serbia supported the working groups of the internet community that were established between 2000 and 2006 in order to reform the internet domain registry. Those particularly supporting the Serbian Internet community in establishing RNIDS were the Federal Information Technology Institute during 2000, the Information Technology and Internet Development Agency during 2002 and the Ministry of Science and Environmental Protection during 2005. Sava Savić, Assistant Minister of Trade, Tourism and Telecommunications, received an honorable plaque on behalf of the state institutions. 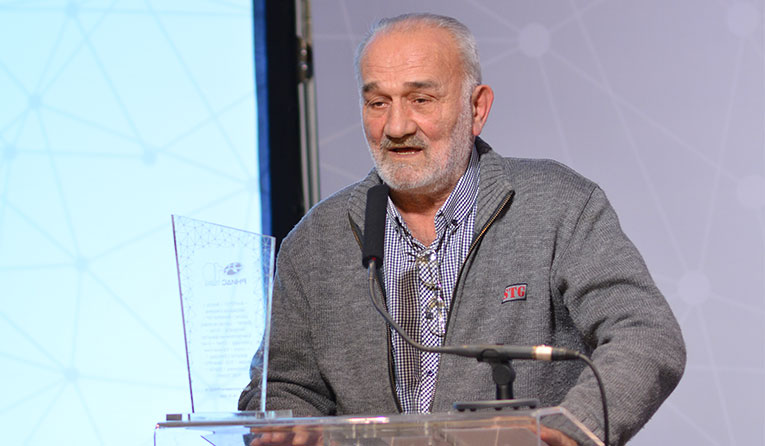 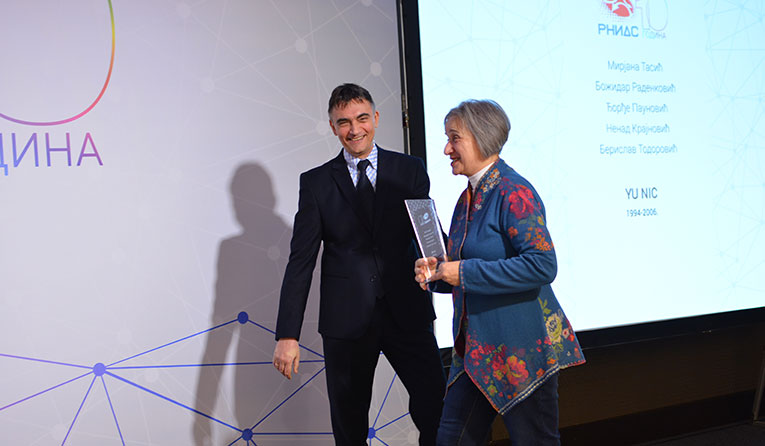 In spring 1994 IANA delegated management of the .YU domain to Mirjana Tasić and a group of enthusiasts from Belgrade University – Dr Đorđe Paunović from the ETF (Faculty of Electrical Engineering), Dr Božidar Radenković from the Faculty of Organisational Sciences, Berislav Todorović and Dr Nenad Krajnović from the ETF. They operated under the name YU NIC (Yugoslav Network Information Center). Over the next twelve years this group faced constant difficulties in the form of a lack of resources – equipment, finances and staff – but thanks to their remarkable voluntary efforts they maintained the .YU domain registry in a professional and responsible way, significantly contributing to the development of the Internet in Serbia. The award was received on behalf of YU NIC by Mirjana Tasić, RNIDS Advisor for Strategy and Development, who has for decades now been recognised as having made the single greatest individual contribution to the Serbian national domain.

The programme ended with the award of individual plaques to other individuals, organisations and companies.